Political Music Club - Out Now in Print, E-Book AND Audio 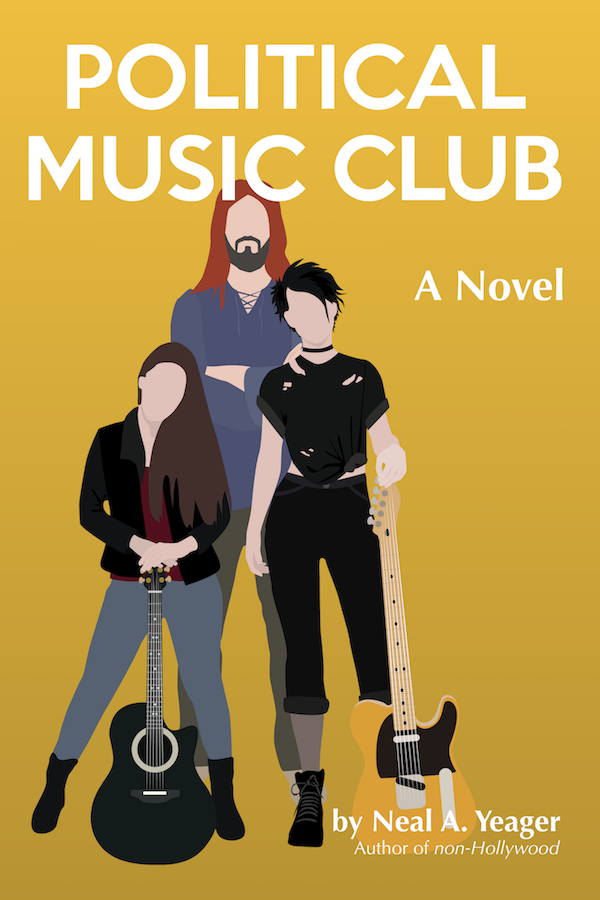 Kim, an intelligent and introspective young woman, feels increasingly alone and frustrated in her small, conservative Midwestern hometown. So she makes the move to a place she hopes will be a more liberating locale... a college town. There she hopes to find kindred souls: like-minded thinkers and fellow musicians who might join her in writing socially conscious songs for our divisive times.

And find a few she does, though not exactly the folks that she had expected…

First there's Jenny, a brash, outspoken young punk guitarist with a fondness for confrontation and the F word, who has great beginnings to several potentially great songs (she just has trouble finishing them). Then there's Nathaniel, a waiter at a vegetarian restaurant and a writer of beautiful poetry who has never actually written a song before. And a few others join in along the way.

Using a unique blend of song lyrics, political debate and humor, the novel Political Music Club tells the story of 3 individual voices trying to make a change in a very big world.

Politcal Music Club is available in all of the usual locations, including: